Jakarta is one of the world’s most expensive cities, out of reach from most people! The solution is not rocket science. The government can tackle the problem by simplifying construction permits and create more floor space to increase supply.

A World Bank report on urbanization, launched on 3 October, shows that house price-to-income ratio in Jakarta is higher than those in Kuala Lumpur, Singapore and even New York City. More than half (55%) of Jakarta residents’ expenditure, on average, is spent on housing and related services, according to Statistics Indonesia. The Ministry of Finance claims that only half of Jakarta’s households own a place to live. The city is dogged by a housing backlog of 1.27 million units with no signs of significant improvement.

Ironically, so astronomical Jakarta has become that an estimated 60% of the province’s civil servants are unable to afford to live in the city they serve. They cannot even vote for the governor for whom they work. They are pushed, as with countless others, by market forces, to live on the fringes: Bogor, Depok, Tangerang and Bekasi. This results in disastrous urban sprawls that gobble up otherwise productive agriculture land and energy-draining commutes.

Cone by Day, Doughnut by Night

During the day, Jakarta is like a cone. People flock to the centre. All of us prefer to be near amenities and close to each other as it saves time to meet others and makes us more productive. The presence of others helps us to be creative. Meanwhile, at night time and on weekends, Jabodetabek is hollow in the centre like a doughnut.

Many of us live in the suburbs not because we prefer to, but sadly because we simply do not have a choice! Sure, the government should support people in the low (and maybe also lower-middle) income bracket through subsidies. But when the upper-middle class cannot afford to live in the city, something is seriously dysfunctional about the housing market. Here, the government is the culprit.

Government policies affect the supply of housing units. When demand (to live in Jakarta) is high, it is only natural that housing price soars. But does the price of a flat need to be this expensive? Price is determined not only by demand, but also by supply. In that respect, the government is guilty of artificially supressing supply, distorting the housing market and allowing housing unnecessarily more expensive than it should be.

How can the government rectify this situation?

First, make the process of obtaining building permits (Izin Mendirikan Bangunan or IMB) clear and efficient. In Indonesia, local governments authorize the IMB. In Jakarta, getting this permit for large buildings, is arduous and costly. The formal and especially informal time and red tape associated with the application easily add 20 percent to the construction cost. This cost is eventually shouldered by the end buyers. In a research about the IMB process of buildings with more than eight storeys or 5,000 sqm floor area, JPI identified seven government institutions involved. There are 39 laws and regulations. At least 12 of those are either unclear or conflicting each other. Frustrated by how local governments are hindering investment, the central government is questioning the effectiveness of the IMB, as seen in the recent media statements through mid-September.

Free Up the Space Above

Second, encourage more vertical housing units. Jakarta’s Detailed Spatial Plan (Rencana Detail Tata Ruang) allows for much less floor area than what is demanded. If someone wants to build more space than what is stipulated in the Plan, he or she is penalized. This is a direct cap on housing supply, decided unilaterally by the Jakarta government! Their usual argument is that Jakarta has limited carrying capacity, and therefore should not be “too dense”. That Jakarta is dense is merely a perception as it spreads horizontally. The total floor area built in Jakarta is approximately only two times of its land area. In Singapore, it’s eight. Jakarta’s ad hoc planning creates pockets of density while leaving many swathes of land inaccessible and underutilized.

But carrying capacity can be expanded through infrastructure while keeping the environment intact. Nowadays, nobody complains that Manhattan is “too dense”. This is because Manhattan is well managed. “Too dense” is an excuse for inaction. Lifts and reinforced concrete accommodate many people vertically on a small plot of land; mass public transport increases the carrying capacity of a city without generating extra road traffic; expansion of the piped water service sustains more people in urban areas without the need to extract ground water that causes the city to sink.

Of course, water catchment areas should not have been built in the first place! And this is where the government erred the most. They make it so hard to build in the existing city, but so easy to pour concrete over rice fields, wetlands, riparian areas, forests and the sea.

Jakarta does not have to be as expensive as it is now. The price of a house or a flat is determined by the demand and supply of living space. When demand to live in Jakarta is constant, increasing the supply of housing units will have a direct impact on affordability. Yes, land in Jakarta proper is limited and expensive, but if more floor area is allowed, then the per-metre price of an apartment can be reduced. If done properly, providing more housing units in the city should not damage the environment. In fact, densifying cities may help the environment if it restricts development in areas that should be protected. 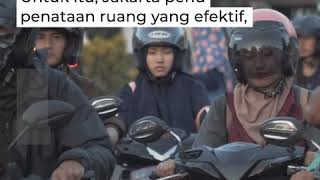 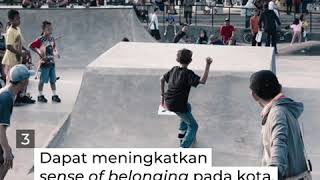 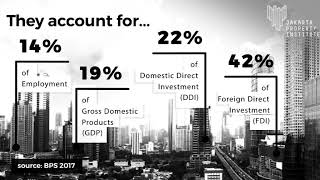 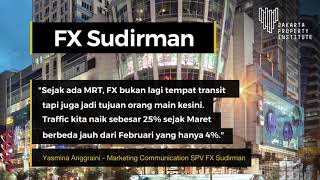